Completed in 1935, the Griffith Observatory is almost as iconic as the Hollywood sign. It appeals to anyone who “loves space, science, the stunning view of L.A., and the building’s Art Deco architecture,” says Bonnie Winings, a director for Friends Of The Observatory.

But for movie fans, the observatory in Griffith Park may be recognized most recently as the feature spot in 2016’s magical La La Land dance scene in which actors Ryan Gosling and Emma Stone waltzed through the air under a star-filled ceiling. Prior to the award-winning film, the Observatory served as the signature location for 1955’s Rebel Without a Cause. James Dean’s new-kid-in-town character tries to impress his classmates inside the planetarium, only to get caught up in a knife fight in the parking lot.

In an interesting real-life plot twist, Dean commissioned a bust of himself shortly before his death at age 24. That bust is now on prominent display near the front lawn of the Observatory. A lot of fan photos still get taken by that statue, says Winings, “since the backdrop is also the Hollywood sign.”

While some simply go to the Observatory for the view (arguably the best in L.A.), there’s much more to see. The Griffith Observatory presents mind-expanding planetarium shows throughout the year, plus films and special events in the Leonard Nimoy Event Horizon theater, and hosted telescope parties (check the calendar for details). A nice perk: Admission to the Observatory is free.

If you’re eager for a snack before or after your visit—say, a slice of quiche, a crumbly scone, or just a good cup of joe—it’s worth a stop at the nearby Trails Café, a walk-up eatery nestled amongst the trees. There is parking along the road, but intrepid visitors might make the 2-mile hike from the Observatory. 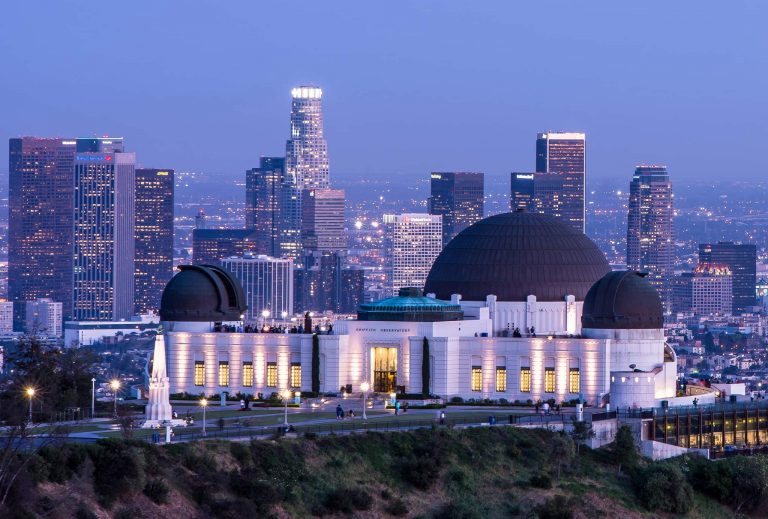 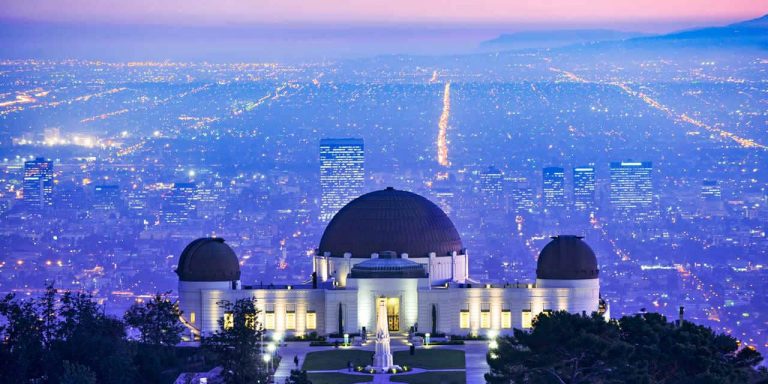 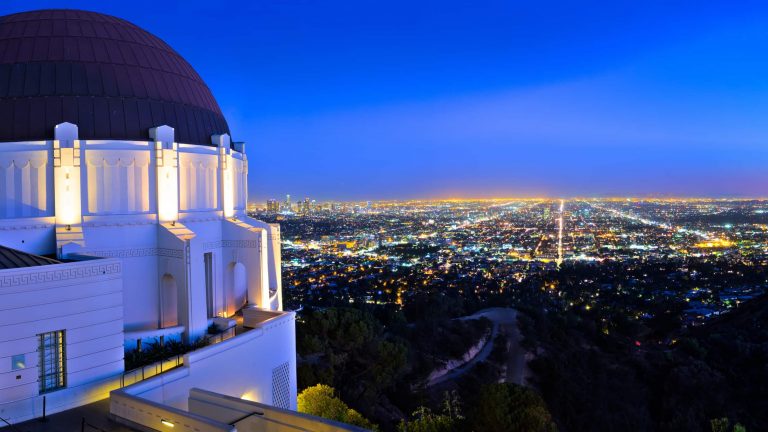 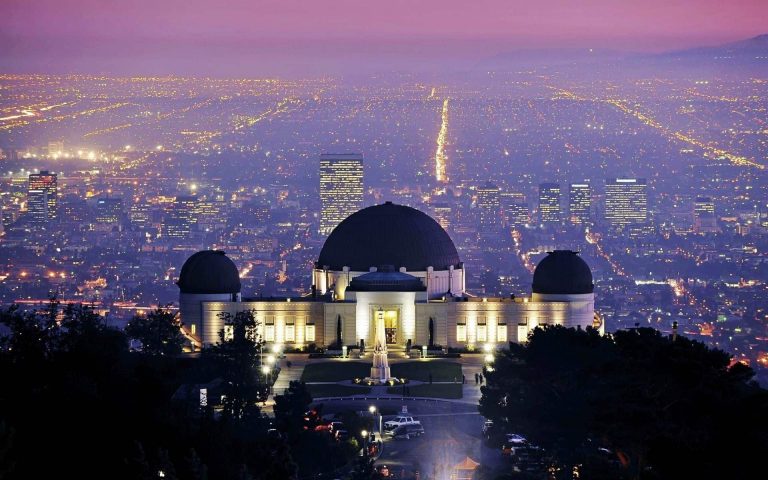